It’s been some time since my last post, the problem being that I have retired or I’m between jobs one or the other and it seems that my time management is still in its infancy.

Nearly three years ago, I purchased a 1925 Lancia Lambda, from the first test drive it has run hot especially at speed, the radiator was an original one although probably not the original one, it wept from various places and showed evidence of many ad hoc repairs.  So after a trip or two to a recommended radiator man I had a shiny new radiator ….. the car still ran hot.  To cut a long story short after bringing the water pump back to standard spec, removing the head and applying a few pipes to relieve stream from pockets thitherto 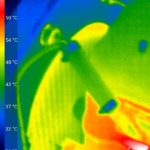 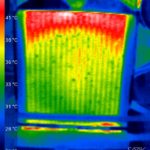 New Core No.1, looks good but alas no

unknown.  The car still ran hot.  I had eliminated everything or so I thought.  As is so often the case the actual fault was found by accident.  While lamenting my plight over the phone to a fellow Lambda owner with both of us staring into our respective radiator cap openings it became apparent that my new core was very low on tubes, a very poor design in fact so poor it was no better than the original knackered one.  So today with the help of Jim the local radiator bloke who soldered in a tropical core I have reinstalled the radiator this one has staggered tubes and more fins ( 10 tubes per inch instead of 4 and 11 fins per inch where there was only 7).  It appears that my temperature gauge is now broken as it no longer moves, a much better problem to have.

Bob’s new and my old bits

The Bebe Peugeot has been languishing in a corner of the shed with a small list of to-dos standing in the way of the great open road.  For instance, the front mudguards mounts were completely wrong and very flimsy, the car was also missing the small “Modesty” panel that covers her back end and the clutch needed relining.  Luckily Bob had parts I could use as templates and as I was relining the clutch I could trade all the clutch parts he needs to duplicate for the parts I need to duplicate so for the last week I have been bending, grinding and welding while Bob has been turning good pieces of steel and bass into Bebe clutch parts and lots of swarf.

The Sizaire et Naudin is at last complete again after the front end was completely rebuilt, I’m just going over it so it’s ready for sale, having crossed Australia from west to east and from south to north it’s time for someone else to try another continent to cross or maybe Australia diagonally?

There is a sparkplug in that grass somewhere

Back in 2003 I bought a rough Traction Avant to participate in a 2CV Raid to central Australia this involved fitting a ID19 engine and 4 speed gearbox and apart from some roadside welding with some car batteries, the car went well on the Raid and subsequently went to Perth with no problems, however all good things usually come to an end and the poor old thing suffered the ignominy of returning home on a flatbed truck twice in the last few months.  First when a spark plug blew out of the head hit the bonnet and disappeared never to be found and second when the 3 of the 4 bolts holding the inner driveshaft flange on fell off again never to be found.  Nothing that good maintenance by yours truly would have prevented.