After the discovery of the short diff. ratio in my last post it’s been all hands to the pump to change to the standard 3.86:1 ratio before the Bugatti Rally in South Australia, only tempered by the record heat in the shed this month.

Removing the rear axle on the Bug requires detachment the body tray with it’s attendant 40 or so special Bugatti 5mm body screws.  While I was at it I removed the rear body (Pointy Bit) exposing the fuel tank and wiring that I had not been able to get access to previously. The new found access has provided me with the opportunity for a new found list of things to do.

With most vintage cars when something falls off it ends up on the road and lost, so out of mind.  However with the Bugatti it falls into the body tray and scuttles into some inaccessible nook or cranny only to be found when the tray is removed, needless to say there was about half a cup (photo below) of nuts, bolts, washers, a drill bit, screw driver, split pins whole and sheared, coins, cable ties again whole and sheared. No longer out of sight and as I cannot see where any of them go, they will remain out of mind.

After waiting six days for the local engineering supplies to tell me the shim washers needed for the back lash adjustment they were not available.  I did the usual and trawled the Internet and found http://www.precisionshims.com.au/a/Precision-Shims-Australia very nice people and they can make any type of shim you want.  My needs were in stock and hopefully now in the post.(arrived next day)

The other job on the go is to replace the current (as in present) alternator which is large and takes up most of the space under my seat with a small 14A permanent magnet one from a Kubota tractor these really are god’s gift to old cars particularly those stricken with Lucas electrics. 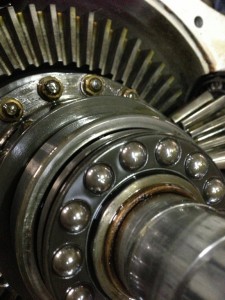 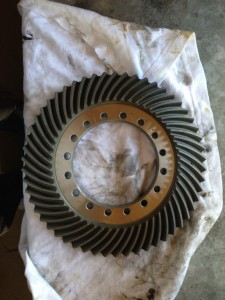 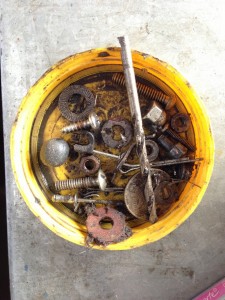