I bought this car in 2005, Warrick the previous owner had bought it about 30 years before that, during his ownership he delved into its past and managed to speak to all the previous owners or at least their relatives and gathered copies of the original receipts and several family photos of the car through its useful life into the early fifties.

From then on the car was bought and sold to various “Gunnas” eventually finding someone who took on the restoration and completed it, however by this time the body had long gone so it now has something like a Vanden Plas body ….very British. As you can see from one of the early photos the car had a boat tail originally. 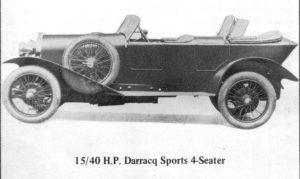 The first owner was John Hollway of Ballarat here is a copy of the receipt. 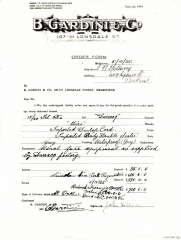 As delivered the car looked like this, John used the car in competition and I assume he pranged it as there are no more photos with the boat tail after this one. To make things more confusing John also owned a 12hp Darracq that may have had the same body. 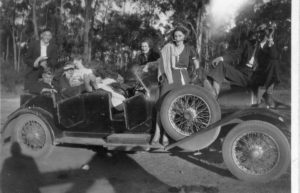 Later in the thirties it grew larger headlights: 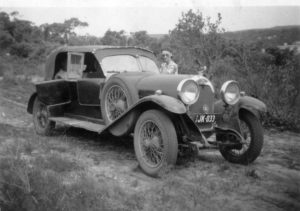 By the fifties it is looking very sad: 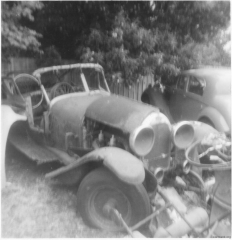 During the fifties and sixties she went through a series of owners each time losing a little more until David Gibson bought the car and started restoring including building a new body (with Peter McGann). David moved to Queensland the car was registered and in 1978 he sold the now restored Darracq to Warrick Hansted. Here is a picture of a young Warrick with his new car: