Back in 2007 I wanted to buy a veteran motorcycle so I could attend the National Veteran Motorcycle Rally, as it happens I now have two veteran motorcycles and I still haven’t attended so go figure. Anyway my friend Andrew McDougall was in the same position so he put a wanted ad in the Veteran Car Club newsletter and received a response from a member that the Emblem was available, however by this stage Andrew had tracked down a Matchless V-twin, so the long and the short of it is I now have an 1916-25 Emblem.

Although I have said 1916-25 I think its a 1917 as that’s the only time they are mentioned in the press and it makes sense as British bikes at that stage were unobtanium as the war was on.

The front forks and handlebars are wrong and the kick start is home made however the rest is pretty good. The article below from Restored Cars just shows what you could get away with pre internet.

An article written after the restoration, 1910?: 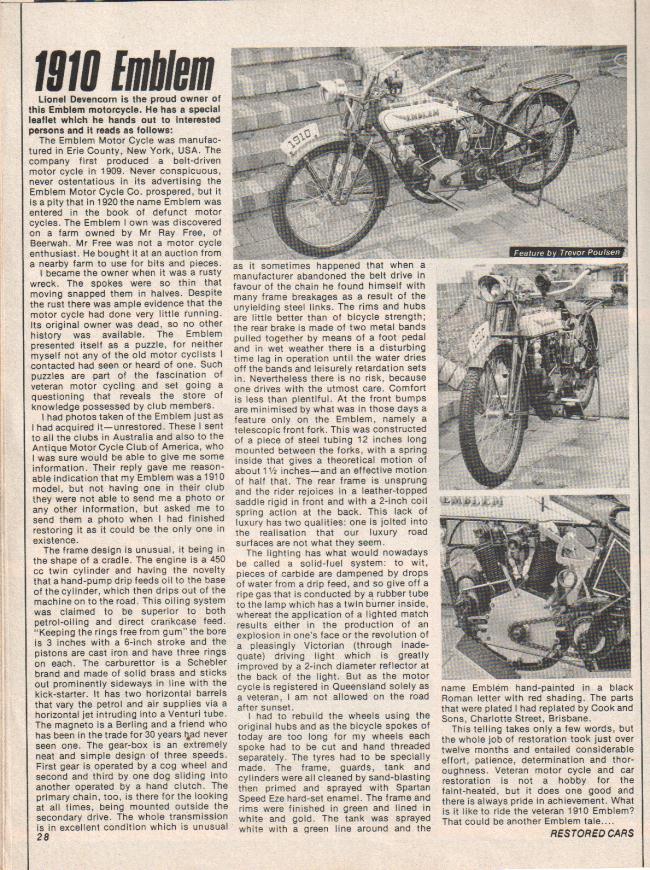 The Emblem still awaits some attention as the main bearing (there is only one) is flogged out.